The Galaxy is almost always depicted from a single point of view, overhead. This is due to hard time to view the galaxy from a perspective that would give us 360 fully 3 dimensional view. Intercepted signals from other galaxies, however, has enlightened us as to some of the cosmic physical nature of the Milky Way galaxy. While our perception of the size and other attributes were accurate, we did discover the existence of an attachment. Originally though to be nearby galaxy, is actually an artificially attached extension. This extension is called the Beta Spiral.

The Alpha Spiral is divided up into three sections, called trisectors; Omega, Delta, Zeta. The Galactic Core and Rim are considered different sections, but not separate trisectors. Traditionally space occupying factions avoid the core and the Rim as they are considered spatially hostile and large scale resources are harder to come by. These two areas also are the lowest in sentient life in comparison to the other section and hold less value. This makes these areas ideal for USI to operate in, and are often considered USI Territory. 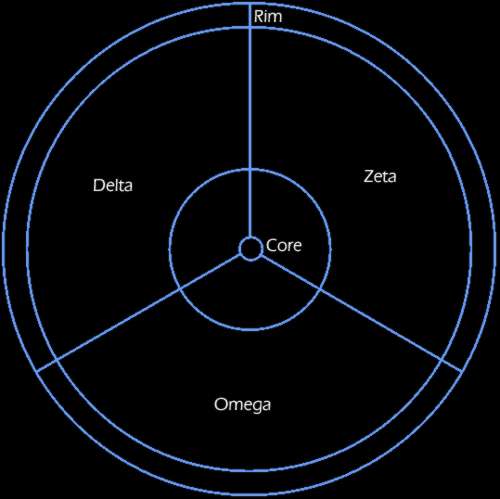 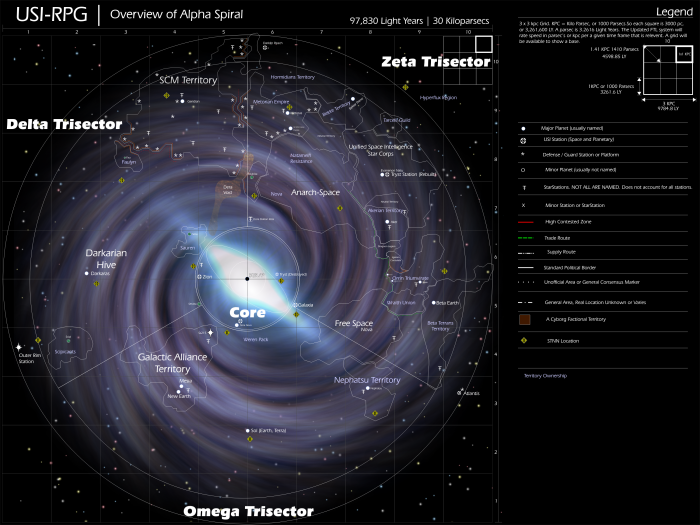 The Unified Space Intelligence Does not own nor control the STNN gateways. After the Expletuns created them they also gave all technology faring civilizations the ability to create them. Most simply do not create more as they provide a security risk if placed strategically ill to their faction and allies, and there are plenty of STNN throughout the galaxy. Some have been purposely destroyed despite being equipped with automated heavy defenses which retaliate if attacked. For more information regarding the STNN, please see the Transportation Page.

Little is known about the Beta spiral at this time. Other than the Expletuns, no other race is known to have traveled through the Light gates and explored the spiral. Expletun information is limited to a Faction known as the Affinity Order and a confirmation that they established the gates and linked the two galaxies, although for an unknown reason. The Beta spiral is little less than half the size of the Alpha Spiral.